Your Club. Your Community.

Please indicate your interest to your coach ASAP 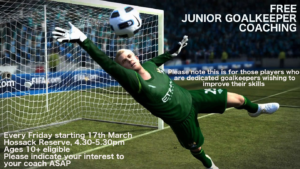 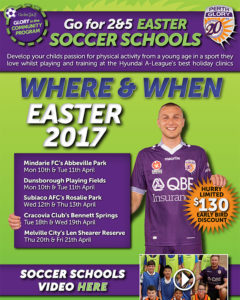 To the ignorant many feel a draw in football indicates a boring game but their opinions aren’t worth the bread they’re buttered on.  Recall great games of the past; 3-3 Liverpool-Man U, 4-4 Newcastle-Arsenal, 0-0 Italy- England and even 6-6 Motherwell-Hibs and on Friday night you definitely couldn’t add the Lynwood-Royals game to that list, but nevertheless it was entertaining in its own unique way.

After a barnstorming win against Bayswater the week before one more win would see Lynwood into the finals.  However with TC, Tim, Phil, Martin, Jamie Heinz  and TC missing from the squad there were concerns on the fans forums of whether the replacements would fill the void.  Gibbo snr was welcomed back to the bench along with Walshy and new recruits Andy and Rudy (with locks not seen since Eddie Murphy came to America) fitted in like a well worn glove.

The first 15 minutes saw a very fit and physical Royals control the game and put the reshuffled Lynwood team under a fair amount of pressure but some fast break counter attacks forced Royals back and from there it was end to end.  Once such break could have put Lynwood ahead as a lovely bit of footwork from Marc put Denny through who sent a lovely ball into the box for striker Gibbo jnr to bury but unfortunately he wasn’t there as he was still at the half way berating marc about why a ball to his feet would have been a better option.  But Gibbo jnr did have his uses in the match as like the plastic bag in American Beauty, any gust of wind would send him flying resulting in many, many free kicks for Lynwood and many, many angry Royals.  The break through however didn’t come from a Gibbo Jnr free kick, Spinksy tasted elbow and Nitin scored an absolute scorcher of a free kick to put Lynwood ahead before the half.

1-0, soon became 1-1 in the second half as Royals, admittedly, combined well to leave Guan grasping thin air.  In response however Spinksy burst through the middle and Bambi on iced his way through 3 players before a lovely calm finish 4 minutes later.

The game seemed to be well under control with only 15 minutes left, Lynwood stroking the ball around with ease until a catastrophically bad pass from the Pirlo of Lynwood, James Braid, gave Royals a 1v1 that they put away to make 2-2.  Luckily for James further events would consign his cock up to only a fleeting memory.

Another strong gust of wind resulted in another Lynwood free kick deep in the Royal half.  With Gibbo Jnr and Snr standing over the ball you sensed something special but in all honesty the only thing that was special was the Royal keeper who somehow did his best to dive out the way of the ball that many believe didn’t actually reach the back of the net.

So with less than 5 to go and Royals throwing everything at the Lynwood defence but hitting brick walls (when I say hitting brick walls I mean brick walls called Micky hitting them) it seemed that Lynwood would see the game out as 3-2 victors, however…………….. New Zealand singer/song writer Lorde wrote “we’ll never be Royals” and for the majority of the Lynwood squad she was spot on but for Marc they signed over Buckingham palace.  Whether it was the bright lights, poor vision, dodgy knees collapsing or perhaps the brown envelope at the start of the game, in the end we’ll never know but if you need someone on your limbo team Marc is the man as no player in the history of the game has ever gone that low to head a ball…..and missed…..on the line.  3-3

Overall though a fine effort from the Colts as with only 13 players and a besocked Walshy they carved out a fine point against a very good team.  Next game against the Hammers becomes a must win in order to make the finals.

Captain/Coach/Centre mid, Tc was injured for the game

After the controversies of this weeks squad selection there were question marks whether the team would unify on the field this week against Bayswater city.  Tension off the field was as thick as fog as pre game signs of unrest were evident.  Wife of club stalwart Jim Gibson set the scene early with deathly stares at the Lynwood coach before the game, mouthing the words “yer dip”, whatever that means. It became even more uncomfortable as Jim himself appeared to be wearing a Bayswater shirt underneath his jacket and rumours were abound that a late transfer to Bayswater was on the cards.  However it became clear the move fell through and tension turned to embarrassment as he tried to buy the coach a pint of Heineken when its known to most that’s not the coaches drop.  Whether the gesture was enough for future selection remains to be seen.

To the game.  Any doubts about the team gelling could have been well founded early on as Bayswater controlled the opening exchanges.  A change in formation to a 141221 and a unique selection strategy of first to get a shirt starts seemed to makes things slightly disjointed.  However after 10 minutes of pressure a lovely cross by a phoenix like Jamie Hind put Denny through on goal and it typical style (eyes closed and swing hard) he lashed it into the net.  5 minutes later Lynwood went two up with a first from new signing Nitin.  However all heroic performances need sacrifices and after being the padlock to the gate that kept the hoards of Bayswater at bay, player-coach TC blew a calf.  The question on everyone’s lips was  whether he had done enough. The emphatic answer was yes as questions of unrest were put to bed as like Portugal did for Ronaldo, the team rose higher for their fallen leader.  Gibbo Jnr finally came off the subs bench (after he had quietened down) and combined to set up for Spinksy to finish the goal of the match, a goal that seemed to galvanize the young midfielder as his game got better and better despite the first 10 minutes being summed up by commentator Byron Butler “Inch perfect passes to no one in particular”.

The fourth goal was scored by someone either in the first or second half and from there it was complete domination.  The defence was solid with club legend Stevie making inch perfect tackles where none were needed, Spinksy and the two grumpy old men Braidy and Marc controlling the mid (Braidy even bursting forward to play a lovely pass off the post from 2 yards out to set up Denny for his second) and the forwards finished the game to make it 6-0 with Gibbo jnr dribbling the ball uncontested 15 yards to smash the ball at the goalkeeper from 3 yards out while shouting “Ave it”.

So all in all an excellent performance from the colts.  Man of the match Jamie Hinds until the last ten minutes when he wanted to score a goal.

oh and Tim played as well

Anyone unable to play please let me know ASAP.

A good first hit out for the Vets as young generation 2.0 players merged with The Originals to take a well deserved point in the first round of the night series.  It took a little while to gel and get into rhythm for Lynwood and even man of the match Martin Donahue sprayed his first Vets pass ludicrously no where near anyone resembling a Lynwood Player.  Dianella took advantage of this poor start, going one up after 10 minutes.  As the game moved to half time Lynwood’s defensive shape let nothing slip by and even in attack there were signs that Dianella would be in for a tough second half.  After a well earned break the lads took the field and proceeded to dominate the match but just couldn’t seem find their way through a packed Dianella defence.  Player Coach TC had the first real chance of the half after racing onto a through ball from Marc Mcpherson, a defensive slip let TC though on goal on the angle. A great decoy run by the Gibbos opened up more space for a curling shot that was surely going top corner only for the keeper to pull out the save of the match (Lynwood players are still scratching their heads on how he got a touch).  With only 15 to go and Dianella parking the bus with all doors open in desperation they launched a long ball clearance that caught Lynwood on the hop resulting in Micky Hall doing what he had to do, giving a penalty away.  With the chance to finish the game Guan decided different and pulled out a quality save.  Buoyed by this Lynwood surged forward and some neat work by Spinksy put Gibbo junior through who fed Gibbo senior on the 6 yard box who made the most of his chance (some say it was the coolest finish they’d seen from a 57 year old) to take an equal share of the points.  So a real positive start to the night series and hopefully the rest of the season.  The squad for the next game will be up once the fixture has come through in the next couple of days. 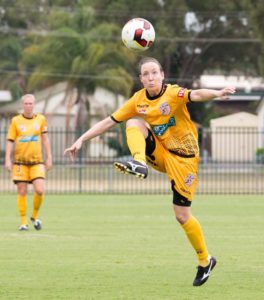 Ex Lynwood United and state player Jaymee Gibbons will be lining up in the W-League semi final at NIB stadium this Saturday.  We at Lynwood wish her the best of luck and hope she can lead the Glory into the final with a victory over Sydney.  The game kicks off before the mens game so hopefully we’ll get a few of the Lynwood family down to cheer her and both teams on.

Players, Members, Coaches and Parents are all welcome to attend Committee meetings at any time. Minutes will be made available by request only and will not be uploaded to the website. Committee Meetings are held on the first Monday of every month.

Theme by Anders Noren — Up ↑